Difference Between Business And Corporate Law

Importance Of Hiring A Boating Attorney

Why Debt Collection Lawyers Are Important to Have in Your Corner

Online Reviews to help you Seek the Best Employment Attorney
Do You Run A Law Firm And Need More Clients?
What Should Injured Workers Know About Workers Compensation?
Home Featured Tax Fraud in Chicago: How to Prevent It

Tax fraud happens when a person or business entity intentionally and willfully falsifies data on a tax return to put a limitation on the amount of tax liability. Tax fraud necessarily demands a tax return to avoid the full tax obligation.

It was just recently reported that an accountant in Chicago had been accused of forging Illinois tax records and defrauding the entire state for nearly $500,000.

According to a statement from Illinois Attorney General Lisa Madigan, Oscar Garrett has been indicted for obtaining fraudulent tax returns in Illinois in the names of more than a dozen clients between 2011 and 2015.

Oscar Garrett who is living in Chicago has been accused of income tax evasion, identity theft, money laundering, wire fraud, forgery, mail fraud, and theft of government property. If Oscar is found guilty, he would face a sentence of six to thirty years imprisonment.

There are many scammers during tax season. That’s why the Internal Revenue Service or IRS takes tax fraud and evasion very seriously. They establish stiff fines and life imprisonment sentences for those who intentionally avoid paying their share of income taxes.

Here are some easy ways to secure identity and to protect money from thieves.

Many people try to defend their tax refunds by saying that it is a way for them to save money. Saving money might be a valid concern, but there is still a better way to achieve the goal.

People can talk to their payroll specialist at work or human resources department to reduce their withholding. In this way, the thieves won’t have any refund to steal from them.

People mostly rely on credit monitoring to protect them financially, but a credit freeze is a better solution.

Whenever they do a credit freeze with the three major credit bureaus, they will receive a PIN that is private to them. Without this PIN, a tax fraud criminal cannot establish a new credit under their names even if they have taken over their identity.

It is a time when people need to be aware of anyone who calls or emails trying to impersonate the IRS. The scammers might ask them to click a link or to confirm personal information verbally.

Here are some of the scammer’s strategies to watch out:

Tax fraud, as a major issue, is very hard for the government to prove because they carry the burden to confirm in the court that the taxpayer has purposely defrauded the government out of tax revenue. Many good tax attorneys in Chicago handle different kinds of issues including tax frauds or tax disputes. However, it is much better if people know how to prevent it. 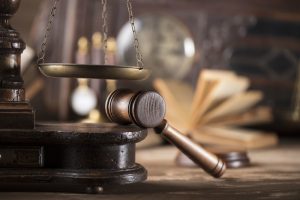 What Goes into the Perfect Apostille Services NYC?

Benefits of Hiring a Business Lawyer When Starting A Company

How to fix time management issues in a company?

Contracts: What Is A Contract?