Most of us are not aware of how our legal system works until we face some kind of criminal charge. Drunk driving or drugged driving is considered to be a serious offense in our country, but there are ways and means to get out of it too.

An experienced Evansville DUI attorney available at Thomas Law can review your specific allegation, and after assessing the evidence, take appropriate steps so that the proper legal proceeding may follow its course. DUI defense attorneys of Evansville can take up your case and fight for you to protect all your rights, your freedom, your license, and also your future.

Therefore, if you or any of your loved ones are arrested on the charges of driving under intoxication, then the lawyer from Thomas Law will always be available to stand by you and offer you legal protection.

When you are arrested with DUI charges, the first thing you need to do is call your lawyer and also inform them whether there are any pending DUI charges against you. Any DUI case in Indiana is locally called an OWI that stands for Operating While Intoxicated. That falls under any one of the 2 cases:

In Indiana, the following will be considered as drunken driving offenses:

How you can get out of charges of a DUI

According to law, you are innocent unless you are proved to be guilty. Your lawyer can dispute your case by citing any of the following defenses.

The following issues can have false results, which your lawyer will try to prove in the court of law:

2. If you are diabetic or in ketosis

Often false test results may come due to diabetes and if the person is on the keto diet. Your lawyer may take this defense if you are diabetic or in ketosis.

3. No probable cause to charge for DUI

Suppressing any key evidence that may neutralize the DUI charges and police has to justify their charges with valid and admissible evidence.

This defense can be applicable when your blood alcohol count was below the limits while driving, but then rose above the limit when Police checked again.

Some people have got rare medical conditions where alcohol will be produced in their digestive system even without drinking alcohol. Your lawyer may use this defense too.

There are certain protocols to be followed while testing for alcohol that must be strictly followed to ensure accuracy. If the lawyer can find any loophole in that, they can defend your case.

Following are a few reasons for an innocent test failure:

8. DUI with no driving proof

If a lawyer can prove that DUI charges were made with no driving proof then the charges will be nullified under the following situation:

Even Police officer’s misconduct if proven can cause dismissal of the DUI charges or if the police did not follow the right procedures while bringing evidence.

Equipment can capture even “mouth alcohol” that was not because of drinking alcohol. The breathalyzer test results can be questioned because of showing a false-positive result.

11. GERD and other medical conditions

There are many legal requirements while checking the sobriety of any person and if the police have violated any one of them, then a lawyer can defend you.

13. Innocent Reasons for any DUI symptoms

Often police officers testify that the convict exhibited certain physical signs of drinking like red eyes, unsteady gait, or slurred speech, etc. but such allegation does not prove driving under drinking.

14. The disconnect between blood alcohol count and actual impairment

If defendants show no impairment, but tests show a very high blood alcohol count, then it will be considered as a red flag and the results may be considered inaccurate.

If the police officer informs that the accused exhibited physical impairment but showed no mental impairment, then DUI defense lawyers will refute the accusation.

Generally, you can claim involuntary intoxication in case voluntarily you did not take any intoxicating item.

A mistake of fact can occur if the defendant has provable reasons that his prescription medicine caused the appearance of an impairment. The above defenses are available against DUI cases and if you hire a lawyer then he will try to bail you out based on any of them. 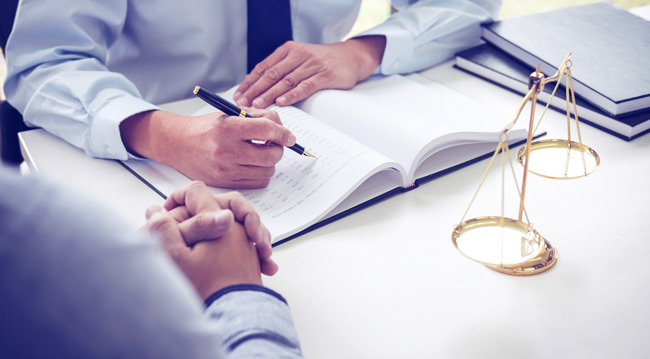