How to Stay Safe When Working with Electricity
Will Graham’s Bill Help or Hurt Asylum Seekers?

What Is The UK Spouse Visa & Its Eligibility Requirements?
How to become a family lawyer?

How to Help Someone Who Has Suffered a Sexual Assault

Reasonable fee for preparing power of attorney in Scotland
Home Featured White Collar Crimes: What to Do When Charged with the Unspeakable

White collar crime is on the rise and incidents of criminal actions are an everyday occurrence across the country, but it becomes very real when you are wrongly accused of perpetrating a deed that is on the wrong side of the law.

Here is a look at what white collar crime actually means, how you could potentially have the finger of blame pointed at you, and what actions you should take to get yourself out of a very tight spot.

No violence involved but just as serious

The vast majority of white collar crimes are non-violent and predominantly involve some sort of business or financial transaction where someone has sought to gain a financial advantage through a fraudulent action or committed forgery or embezzlement.

One of the reasons why so-called white collar crime has been on the rise seems to be linked to a certain level of public acceptance and belief that this type of criminal action is victimless, encouraging perpetrators to take risks that they might not if violence or danger was involved.

This is a general misconception that is worrying because white collar crime still has the capacity to ruin lives, including yours if you are wrongly accused.

It can sometimes take years to build up a case and law enforcement agencies could spend a very long time gathering information in order to be confident enough to bring a case to court.

The relevance of that scenario is that if you are wrongly accused of a crime of this nature you could find your life turned upside for a considerable period of time and it can be very stressful having such a threat hanging over your head for so long.

The first thing to say is that you need to get some professional legal help from someone like klgdefense.com/criminal-defense/ as quickly as possible.

It is important to understand all of your options and to know what law enforcement agents are trying to prove when they raise your name as a potential suspect. One of the major issues that can make white collar crime so difficult to defend in some situations is that a crime doesn’t even have to be successfully carried out for you to be found guilty.

It is up to prosecutors to prove intention to commit a crime, but rest assured, if you can prove that you did not get involved in a situation with the intention of committing a crime you will ultimately be found innocent.

Who will be coming after you?

It can help to understand which agencies will be conducting white collar crime investigations and what the scope of their powers extends to.

The main agencies tasked with investigating white collar crimes are the FBI, the U.S Treasury, Internal Revenue Services and the Securities and Exchange Commission.

What you can sometimes find when a case is complex and investigations are likely to be extensive, is that several agencies will get involved and could contact you, so expect to be asked questions from a number of different angles.

Even though you will be protesting your innocence and are probably horrified that you been accused of such a crime when you believe that you have done nothing wrong, it is vital to appreciate that you will be subjected to various actions and inquiries as part of the process of ultimately clearing your name.

You must expect to be severely inconvenienced if these agencies want to press you for information.

They might obtain a search and seizure warrant so that they can obtain certain documents and you might receive a subpoena in a grand jury trial. It may all start with what is known as a subject letter or target letter where you are notified that an investigation has been opened, and then move on from there depending on the extent of your alleged involvement.

As you would rightly expect there are several key defense strategies that you can ask your lawyer to help you with.

Don’t make the mistake of thinking that white collar crime is not a serious matter and take immediate steps to protect your position and clear your name if you are wrongly accused.

Peter O’Connor works at a legal firm and enjoys article writing in his spare time, sharing some how-to’s and useful-to-know knowledge online.

The Right O1 Visa Lawyer for You Now

Why You Need Security Surveys And Audits 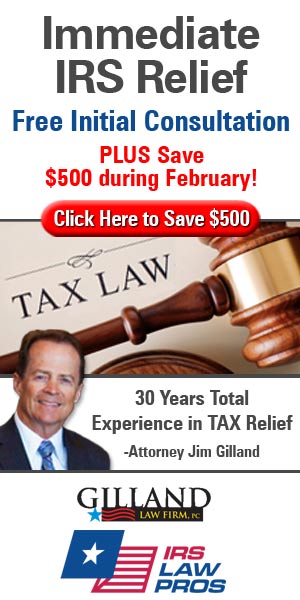